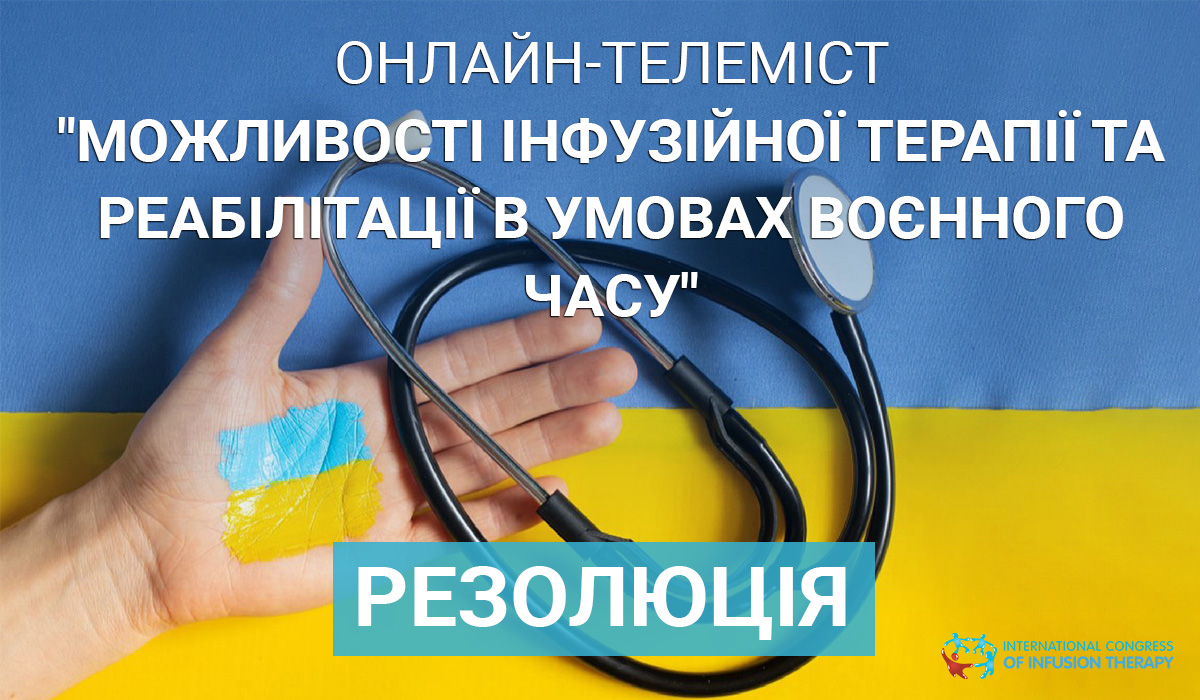 Almost 6 000 health care specialists have registered to participate in the Teleconference "Opportunities of the Infusion Therapy and Rehabilitation under the Conditions of Wartime", April 21, 2022, Kyiv, Ukraine.

Within the framework of the event the leading experts of the country in the sphere of emergency medicine and military medical training, anesthesiology and intensive therapy, internal medicine, neurology and cardiology have shared their opinions and practical experience in management of patients with battle trauma, medical emergencies (battle trauma, non-conventional weapon attack, acute cerebral stroke) and other important medical conditions under the conditions of wartime.

Seven main reports were offered to the participants for review and discussion and they were dealing with the following issues: